Get Your Head in the Game 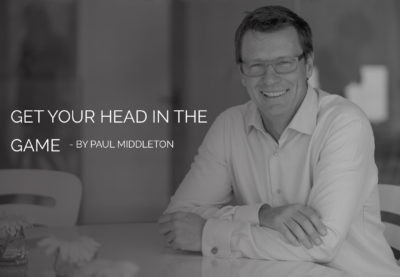 Involvement in industry bodies and not in a ‘warm up before the match’ kind of way is what it takes to add value in the Big Leagues. Being a top player in your industry squad gets you onto the field and into the action. And in true karmic style, as you put yourself in play, you will not believe the value that rebounds back to you in multiples, albeit over time.

By serving on a professional body through giving of your focus and energy to solve industry challenges, you fast track yourself off the sidelines of influence as you plug yourself into the mainstream. True, it takes years – even decades – of commitment to build up your value stakes, but here’s the kicker, it is worth it as those who are the ultimate influencers across industries consider you to be a peer.

Being on an industry team is one of the few things that I consider to have the right to be referred to as ‘unique’. These committees are rare spaces in time when competitors meet to discuss game strategy at the highest level. Those who are on opposing teams in the pitch room get to play on the same team, for a bigger picture purpose. They play for Olympic scale purpose, as they shape the direction of a profession.

In my 35 years in the advertising, media and marketing industry, of which I began serving on professional bodies only 20 years in, I have learnt that playing my part in growing and directing an industry comes down to being open to learning. It’s about becoming skilled in spotting where the ball will be passed to next and being in position to control the direction in which you pass it to score goal after goal, after goal.

But let’s stay realistic. Being a hockey player myself, I have to admit that there are practices that I come home from wishing I had stayed on the couch. There are injuries that have painful stories behind them, and there are Astroturf or grassburns to prove that I was the one who got tripped up.

The rhythm of these organisations, which meet on average between four to eight times a year, is the equivalent of three years in a business. This can make for a slower ‘game’ pace. Yet being part of developing an industry strategy provides committed players with a four dimensional/360 degree view in their business.

Ultimately too, nothing beats the feeling of having played your part in a winning team.

That is what keeps my head in the game.