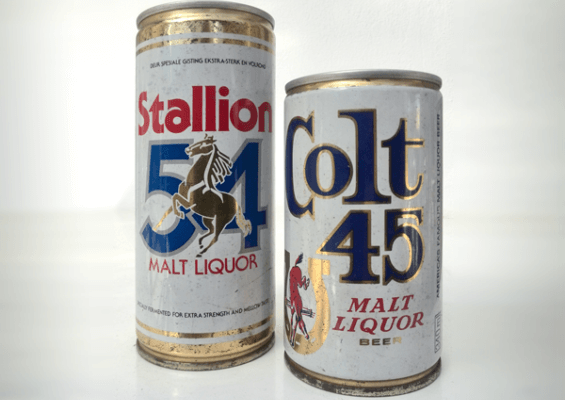 In the late 1990’s Louis Luyt, former Rugby legend and Anton Rupert, decided to go into the beer business.

They brought a well-known brand from the United States onto South African soil. SA Breweries, now SAB Miller, caught wind of this and declared war.

In time, Luyt and Rupert had a fall out and went their separate ways. Rupert bought out Luyt and registered Intercontinental Breweries (ICB), which was ready to launch Colt 45.

Colt 45 contained 5.4% in alcohol content, 1.5% higher than any other beer in South Africa at the time.

The similarities were unquestionable.

The Stallion 54 beer can depicted a horse standing up on its hind legs, had the same colours as the Colt 45 packaging and carried a shockingly similar name.

It is said that the CEO of SA Breweries intentionally did this to deceive consumers and to create confusion to make Colt 45 unviable.

ICB took SA Breweries to court for trademark infringement, but lost the case.

The court ruled that there could be no confusion between a stallion and a colt.

A stallion represented vigor and virility while a colt represented a much younger horse. Yet while SA Breweries won the case, the court ruled that Stallion 54 could not be sold in the market.

Is all fair in love and war?

It’s possible considering the court win and the market loss.