Radio on the Radar 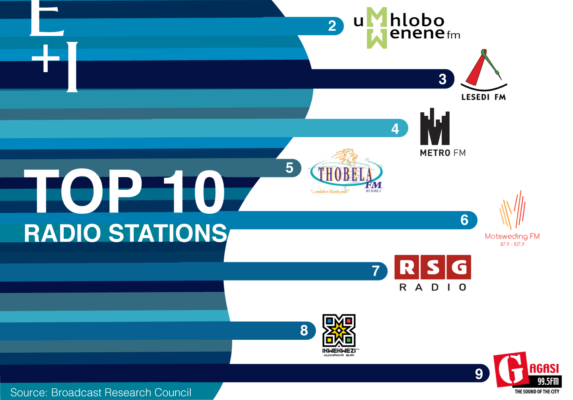 The Broadcast Research Council of South Africa (BRC) recently released its full first year of Radio Audience Measurement (RAM) data but what can the advertising agency and marketing executive make of the findings? Our media agency team share their insights.

We were pleased to see that the new BRC RAM sample frame now accurately reflects the South African population. Combined with national PPS (probability proportionate to size) sampling, this benchmark of radio reach provides us with a realistic view of the listenership landscape.

As such, the RAM data gives us media agency analytics access to the big picture behind audience behaviour as it pertains to radio.

The January to December 2016 sample comprised 30 872 households and 69 569 individuals of which 60% of participants were located in metro areas, 20% in small urban areas and 20% in rural areas. Thirty-nine commercial and public broadcasting stations and 274 community stations were measured.

A key vital of the data over the one year period was stability, which was maintained.

Overall the data indicated that radio penetration remained strong with a 96% weekly and 76% daily reach. Looking at the familiar metric of LSMs, we saw a smaller proportion of the population falling into the upper end and a wider spread across the middle sectors.

Just over half of the audience (52%) were classified as heavy listeners as they listened to radio for more than 20 hours per week.

The average length of listening was four hours. The Free State held the longest listening patterns at five hours and Gauteng, the shortest, at three and a half hours. The lowest time spent listening to radio was in the Indian population at two hours and forty-two minutes.

Another great outcome of the 12-month data was that the BRC were able to report on an additional 52 stations. These included the likes of Rise, Qwa Qwa, Kasi, Radio West Coast, Mams and Radio Teemaneng, to name but a few, as their sample sizes became viable.

A massive 64%, on average, of listeners were proven to be fiercely loyal (only listen to one station), again with this listening behaviour being highest in the Free State (77%) and lowest in Gauteng (56%).

Seventy-seven per cent of listenership still came from traditional radio devices with the next highest, surprisingly, not being vehicles (26%) but cellphones (37%). A significant 88% of radio listening continued to happen at home.

A further point of interest was that the new BRC RAM diary is designed to explicitly capture cross device and cross location listenership. RAM respondents were not merely reminded that it does not matter how they listened, as they had to indicate where and on what device/s they were listening to the radio.

What is the top take out of the study from the E+I media moguls?

The BRC RAM data shows an overall picture of loyal and heavy listenership. Whilst it necessitates the restart of the clock in terms of tracking both audience and rate performance, it represents an exciting time in the world of media measurement and strategy.