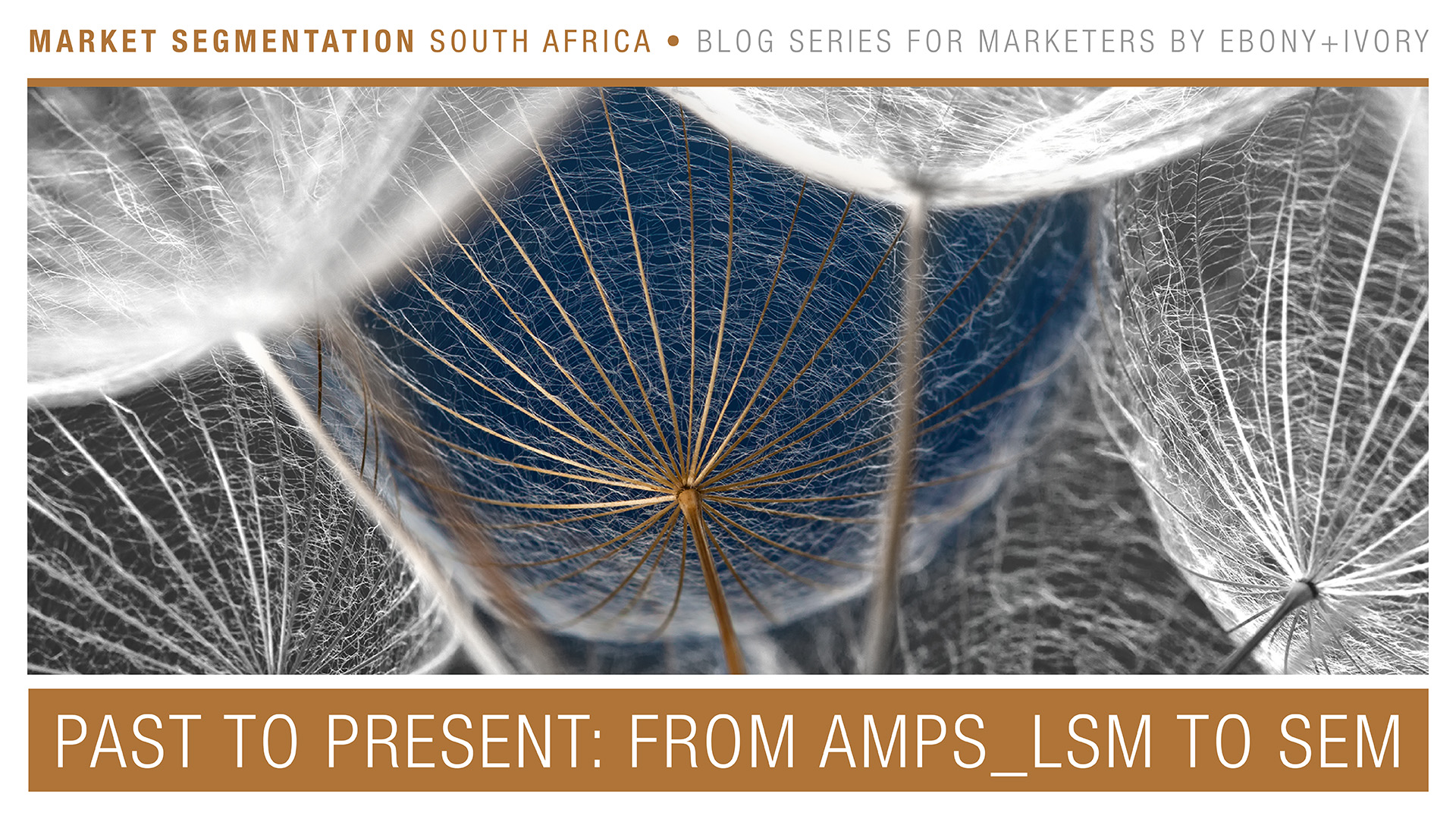 After its first release in 1975 AMPS (All Media and Product Survey) became the backbone of marketing and advertising strategy and media planning in South Africa for 40 years. This market segmentation tool was released on a rolling basis approximately every six months.

The AMPS comprehensive demographic database profiled adult consumers (15+ years) nationally and was overlaid with audience data covering all forms of traditional media, which made it indispensable to media strategists.

AMPS also included purchasing and consumption information on a wide range of product categories and brands and retail outlets.

In April 2016 SAARF (South African Audience Research Foundation) released the final database AMPS2015. This AMPS2015 database was subsequently reweighted to revised population estimates for 2016 but it is important to note that the final fieldwork for AMPS was conducted between January – December 2015. 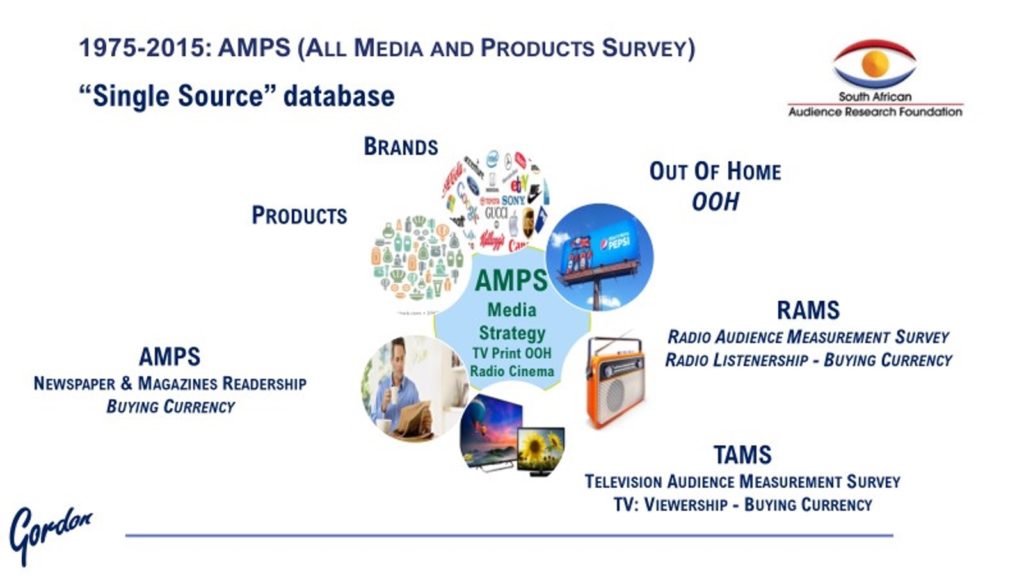 AMPS was often referred to as a single source database in the sense that it provided insights across all datasets within the one primary survey. This perception was progressively invalid, in that AMPS was supplemented by the Television Audience Measurement Survey (TAMS), often referred to as people meters and the Radio Audience Measurement Survey (RAMS), known as radio diaries.

These RAMS and TAMS databases were standalone surveys which provided the buying currency for radio and TV and they used a totally different methodology to collectively provide a holistic picture of media consumption in the South African market.

As such, by 2015 AMPS was no longer a single-source database.

In the post-AMPS landscape, many marketers have been left with the impression that there is now a void in the research of local market dynamics and the measurement of media consumption. Some even opting to continue using 5-year old AMPS data rather than embrace newer databases.

As marketers and media strategists, though, we need to pause and respond to the following question:

Has the South African market remained static since 2015, with no significant shift in consumer behaviour and media consumption?

Media consumption and consumer behaviour has undergone quantum shift over the past five years, and as marketers we have to interrogate alternative, more recent databases, which are accessible to local marketers. There are, in fact, a number of industry databases which collectively offer much of what was previously found in AMPS and in many instances, significantly more.

We need to restrict the narrative here to industry databases made available without additional cost to marketers but this should not imply that other commercial databases such as Ask Afrika–TGI, BrandMapp, Brand Atlas and the Outdoor Measurement Council – ROAD Survey, have no contribution to make. They most certainly do. As will the reconstituted MRF (Marketing Research Foundation) MAPS survey when it is released to subscribers.

The collective industry databases include the following:

As marketing and media professionals, the question is therefore:

How do we navigate our way through this multi-methodology multi-source data pool to create a collective meta-analysis for market and media segmentation?

From a statistical perspective we use data fusion, which is the process of integrating multiple data sources to produce more consistent, accurate and useable information than that provided by any individual data source.

From a functional marketing perspective we still need a golden thread which will enable us to navigate across databases; to draw and extract inferences from one database and then apply those to make decisions in a different database. In other words to deliver against the Warc – Guide to Making Segmentation Work directive that segmentation should be both meaningful and addressable in terms of both planning and buying media.

This is where a universal segmentation tool becomes incredibly versatile and useful.

The AMPS_LSM (Living Standards Measure) segmentation tool provided that functionality for many years but quantum shifts in the marketplace since 2015 rendered the LSM typology unreliable and ultimately obsolete. Today the local market is increasingly adopting a revised, and more stable, common socio-economic segmentation tool referred to as SEM (Socio Economic Model) which is also the basis for weight.

READ ARTICLE 3, WHERE WE UNPACK THE EVOLUTION FROM LSM TO SEM (SOCIO-ECONOMIC SEGMENTATION) AND ITS APPLICATION IN THE FORM OF CLUSTERS OR, AS THEY ARE MORE WIDELY KNOWN, SUPERGROUPS.